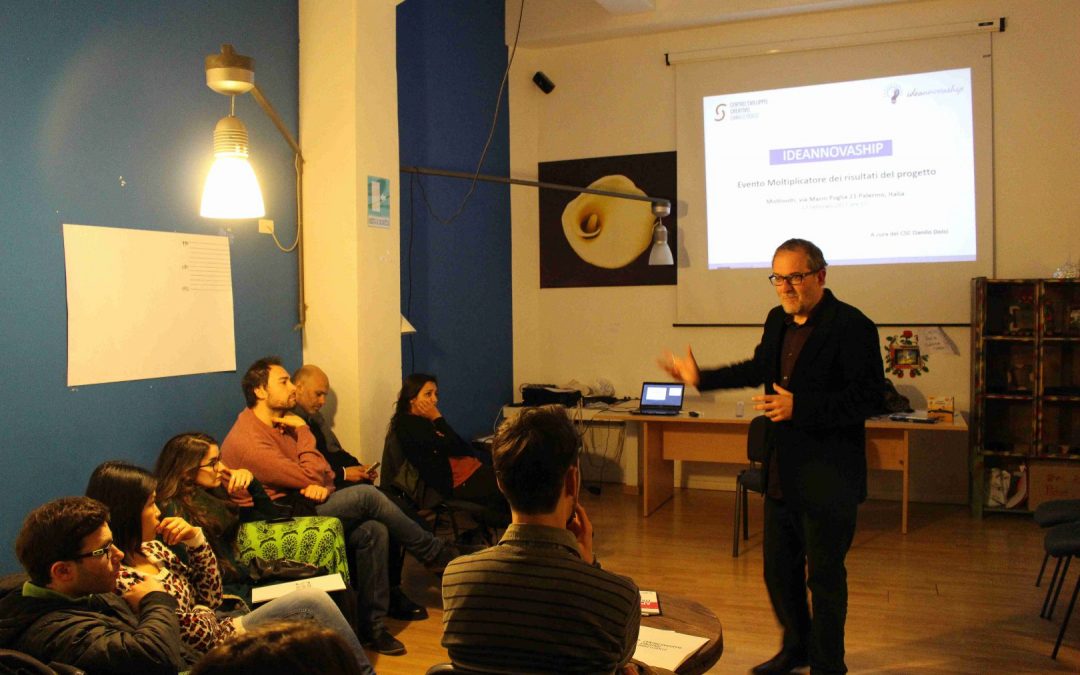 A multiplier event of the IDEANNOVASHIP project was held last February 17th in Palermo. Centre for Creative Development “Danilo Dolci” is the Italian partner of the project. The dissemination event of the European project was held at Moltivolti, the co-working that brings together various social enterprises in Sicily. Centro Danilo Dolci organised an event that included the participation of other organisations working in the field of social enterprise, being Moltivolti itself an example of social enterprise. About 50 people attended the event. Dario Ferrante (responsible of the IDEANNOVASHIP project), Johnny Zinna (co-founder and responsible of Moltivolti) and Umberto Di Maggio, representative of Libera (the most important subject that manages the assets confiscated from the Mafia in Italy), spoke to a very interested audience.

Dario Ferrante introduced the project and presented the first IOs of IDEANNOVASHIP. Zinna spoke about the critical points of Moltivolti project and engaged the audience with an impassioned presentation of Moltivolti. Umberto Di Maggio presented Libera activities in schools and around Italy. After the presentations, Dario Ferrante launched the “Marsh Mellow” workshop which featured the participants divided into three groups and engaged in a contest of creativity and team working.  After the workshop, the participants made networking during an aperitif with multi-ethnic food offered from Moltivolti restaurant.